skip to main | skip to sidebar

Still getting this blog thing off the ground, but I'll try to have something figured out soon. At the moment,  you can count on the recent images link on the left to be regularly updated with suspected examples of the covert aerosol operation,  aka chemtrails,  as it appears from out here in Oakland. I reserve the right to be proven wrong, but some of this activity sure looks suspicious to me. Normal contrails??  You be the judge. I will gather the info and present it here. I do not plan to give daily weather reports for Oakland right now, but spray days will certainly be documented whenever possible. Other than that, who knows?
Random clues will be posted whenever possible. Stay tuned for more trouble... 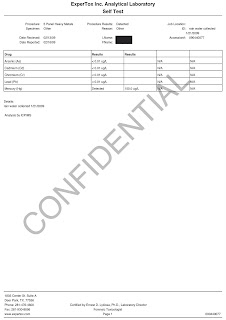 Getting Acquainted With Your Guinea Pig Status

There is nothing to protect the average citizen from any form of human testing by its government. In fact, to ensure we have no legal protection they have simply made it legal. Review US law and you'll see. Subsection A giveth, Subsection B taketh away.


The covert aerosol operation we're witnessing is probably multi purpose, but it's obvious the eventual public admittance of such an operation is going to be centered around climate management, weather modification. ALL SIGNS POINT TO THIS. To illustrate, check this out:

2/22/08 Science Daily posts another story a year and a half later, citing work from the same researchers as in the 7/28/06 story. The title of this one says it all, it's like we're being primed one step closer to acceptance on a psychological level: Can We Offset Global Warming By Geoengineering The Climate With Aerosols?
http://www.sciencedaily.com/releases/2008/02/080217094602.htm

Exploring the geoengineering of climate using stratospheric sulfate aerosols: The role of particle size
Abstract:
Aerosols produced in the lower stratosphere can brighten the planet and counteract some of the effects of global warming. We explore scenarios in which the amount of precursors and the size of the aerosol are varied to assess...
http://www.agu.org/pubs/crossref/2008/2007GL032179.shtml

Up to 24,000 deaths a year in California are linked to air pollution

Particulate pollution. Read the article for clues, such as ... " rates of heart attacks, strokes and other serious disease increase exponentially after exposure to even slightly higher amounts of metal or dust". That's right - METAL. Chemtrail activists have long warned that barium, aluminum, and other metal particulates, VERY FINE particulates, are being released into the sky by aircraft (and perhaps by other means as well). So, is the evidence mounting?

As many as 24,000 deaths annually in California are linked to chronic exposure to fine particulate pollution, triple the previous official estimate of 8,200, according to state researchers. The revised figures are based on a review of new research across the nation about the hazards posed by microscopic particles, which sink deep into the lungs....

Injecting Particles Into The Atmosphere...

The idea of injecting particulates into the atmosphere isn't such a crazy idea. Check out the book published by National Academy Of Science, "Policy Implications of Greenhouse Warming: Mitigation, Adaptation, and the Science Base (1992)".


"Cloud stimulation by provision of cloud condensation nuclei appears to be a feasible and low-cost option capable of being used to mitigate any quantity of CO2 equivalent per year. Details of the cloud physics, verification of the amount of CCN to be added for a particular degree of mitigation, and the possible acid rain or other effects of adding CCN over the oceans need to be investigated before such system is put to use. Once a decision has been made, the system could be mobilized and begin to operate in a year or so, and mitigation effects would be immediate. If the system were stopped, the mitigation effect would presumably cease very rapidly, within days or weeks, as extra CCN were removed by rain and drizzle.

Several schemes depend on the effect of additional dust (or possibly soot) in the stratosphere or very low stratosphere screening out sunlight. Such dust might be delivered to the stratosphere by various means, including being fired with large rifles or rockets or being lifted by hydrogen or hot-air balloons. These possibilities appear feasible, economical, and capable of mitigating the effect of as much CO2 equivalent per year as we care to pay for. (Lifting dust, or soot, to the tropopause or the low stratosphere with aircraft may be limited, at low cost, to the mitigation of 8 to 80 Gt CO2 equivalent per year.) Such systems could probably be put into full effect within a year or two of a decision to do so, and mitigation effects would begin immediately. Because dust falls out naturally, if the delivery of dust were stopped, mitigation effects would cease within about 6 months for dust (or soot) delivered to the tropopause and within a couple of years for dust delivered to the midstratosphere.

Such dust would have a visible effect, particularly on sunsets and sunrises, and would heat the stratosphere at the altitude of the dust. The heating would have an effect on the chemistry of the stratospheric ozone layer, and this possibility must be considered before major use of such a mitigation system. The amount of dust to be added is within the range of that added from time to time by volcanic eruption, so the effects on climate would not be expected to go beyond those experienced naturally. However, either the natural or the artificial effects on the chemistry might be very serious under conditions of increased CFC chlorine in the stratosphere, and the result of having these effects continuously must be considered, so the option might not be usable. Better specification of dust characteristics and size for best effect and better data on the fallout rate of dust from various altitudes as well as on chlorine chemistry are needed. It wil be important to observe the effects on stratospheric chemistry of any volcanic eruptions that occur, with special attention to separating the effects of dust, aerosol, and hydrochloric acid. "


OK, so the above is from 1992. Now, while there's still some debate on the exact start date for the massive covert aerosol operation, that I and countless others claim, judging by all the images on the internet it appears to have been in full effect by the late 1990's. There is good reason to believe this. A few points of reference....

Edward Teller (died in 2003), father of the A-bomb, Lawrence Livermore National Laboratory co-founder; dumbed down bio here. Funny how it fails to mention all his involvement in the Star Wars program, as well as all his research and theories surrounding global warming mitigation: https://publicaffairs.llnl.gov/news/teller_edward/bio.php


And my favorite, a whole climate management system worked out using aerosols in stratosphere. Specifically, what is referred to as METALLIC "optical chaff":

CLIMATE STABILIZATION: Presently-Feasible Albedo-Control Approaches to Prevention of Both Types of Global Climate Change
http://www.bus.qut.edu.au/paulfrijters/documents/climateengineering2005.pdf
Posted by CarefulWithThatCloud at 9:06 PM No comments:

Posted by CarefulWithThatCloud at 8:59 PM 2 comments: